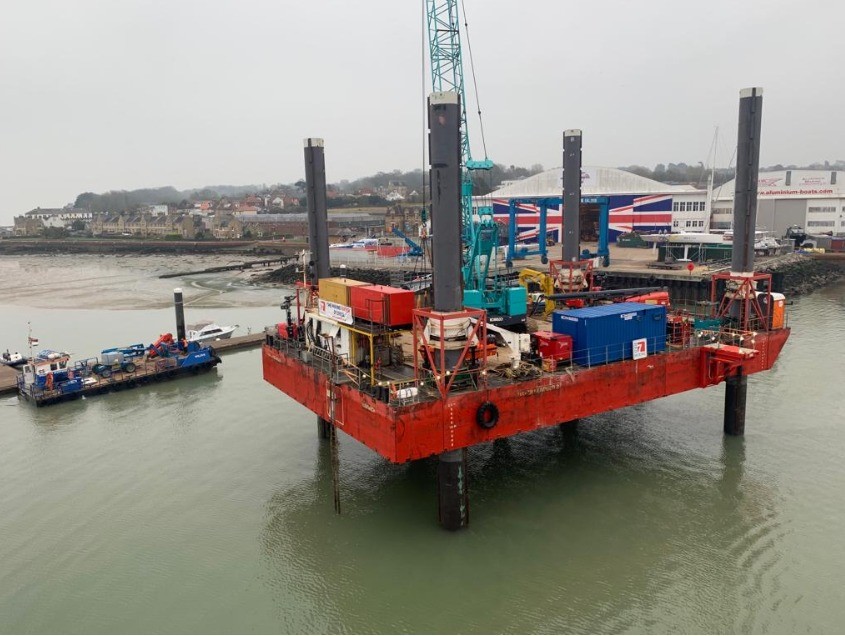 With the Isle of Wight an increasingly popular destination for tourists, Red Funnel decided to free up ferry space by commissioned a new ro-ro freight ferry. The new vessel, Red Kestrel, can carry up to 12 articulated lorries, and for the immediate term will be using the same berths as the other ferries. To prevent congestion a lay-over berth was planned adjacent to the existing East Cowes ferry terminal, and work commenced early 2019.

Marine civil engineers Red7Marine led the first stage of the project to install mooring dolphins and mooring piles. Willendeavour and Willpower helped tow their jack up barge into place at the start of the project, while Wiljive remained on hand as a general purpose support vessel throughout the project. She helped with tasks such as collecting and delivering fuel, repositioning the barges, and was also used as a platform for a cherry picker.

The project progressed smoothly and was completed mid April.

Willpower was also chartered to tow the new ferry from the shipyard in Liverpool to Southampton.