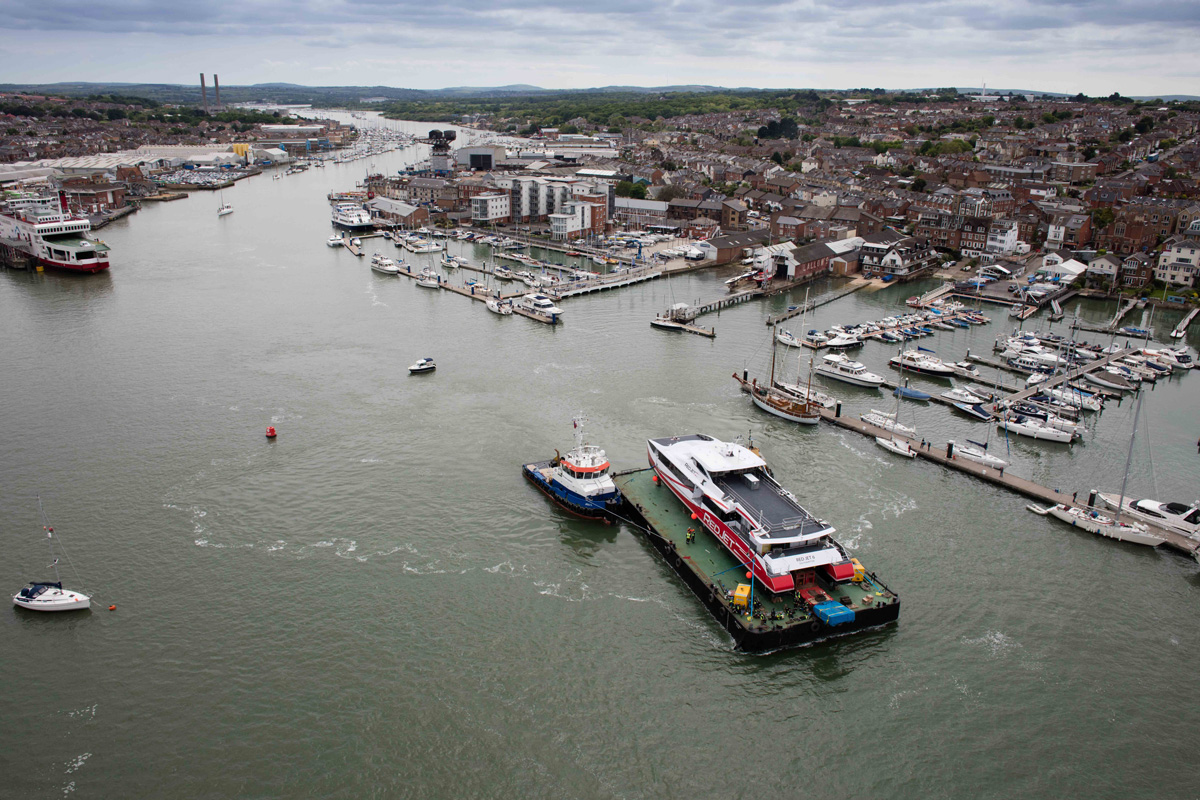 Red Jet 6, the latest addition to the Red Funnel fleet, was revealed on Wednesday 25th May as part of a large marine logistics operation in the solent.

Williams Shipping was responsible for supplying a barge and tug boat to move the vessel from East Cowes on the Isle of Wight to Southampton docks.

Red Jet 6 was then lifted off the barge via 2 large cranes, and slowly lowered into the water. 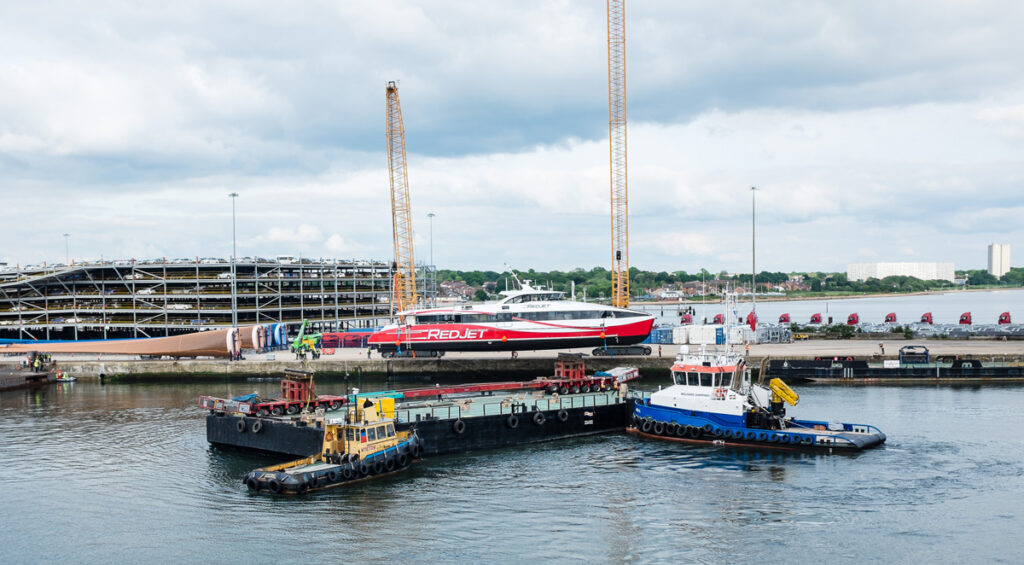 The Joli L tug then transported her back to the Isle of Wight. 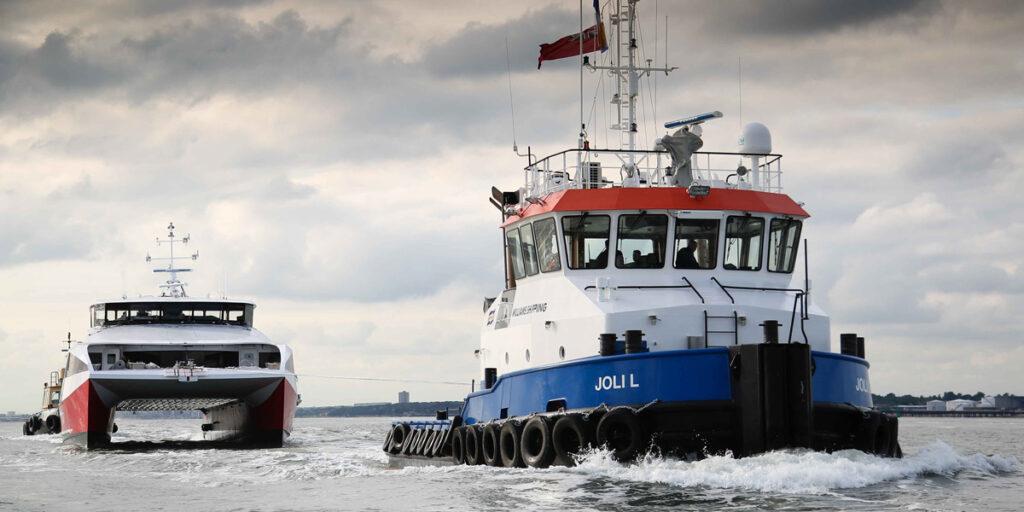 The operation was a great success and brought together many of the solent’s leading marine businesses.